Can't make it in person? Check out our online course with Springboard

Shriya Nevatia is a current student at Rithm who previously worked at two small startups in Community & Operations. She has a Computer Science degree from Tufts and is very involved in women in tech communities, including the Spectra hackathon and Ladies Storm Hackathons Facebook group. In her spare time she enjoys dancing, reading, painting, and exploring San Francisco. 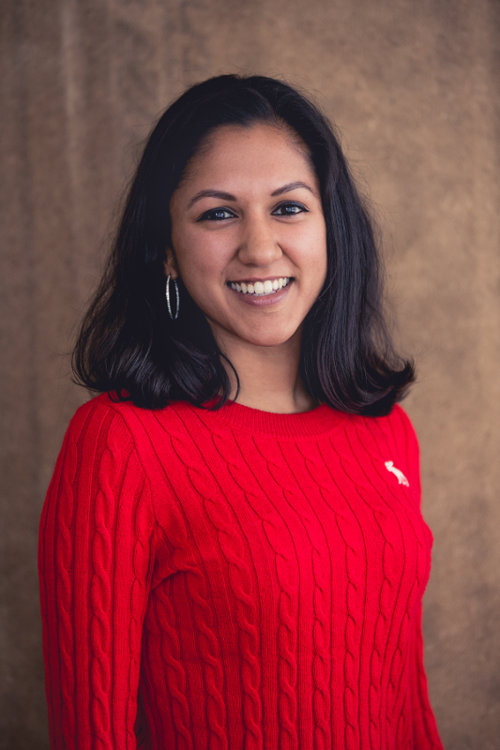 Tell us a bit about your background in programming and how you decided you want to become a professional web developer.

The first time I did something with “code” was when I changed the color scheme and font on my Xanga blog in 2004. I had no idea that I was using HTML or CSS, I just thought it would be fun and interesting to change the way my blog looked. This led me to take a Web Design summer class in 2007, where I felt confused and bewildered—what I thought would be exciting and interesting instead felt like memorizing a big pile of arbitrary rules and code words! For a little while, this made me dismiss programming or web development as “not for me.” In college, I majored in Computer Science because I wanted to work in the tech industry (and someone told me that a CS degree instead of a Math degree would make it much easier to get a job in tech), but I still thought I wouldn’t enjoy a job in software engineering. Because of that, I didn’t try any technical interviews for internships or full-time roles as a developer, and instead worked in Business Operations & Community Management after graduating.

After a year and a half of working in non-technical roles, I realized that I had judged web development far too soon. I really missed working on challenging algorithmic problems, seeing my web designs get better and better as I practiced, and the feeling of accomplishment I got from fixing a challenging programming bug after struggling with it for hours. I knew that if I learned more programming, and really gave it a shot, I would feel proud of myself and empowered to bring my ideas to life. I would have another skill set and see another side of the technology industry.

I noticed that you majored in Computer Science. How did you decide that you wanted to attend a bootcamp after that?

Many college CS grads will attest to the fact that a university degree in Computer Science doesn’t typically focus on teaching you the most modern or marketable skills. I took one Web Development class during undergrad, but in a few short years since then, the most popular web tools and frameworks have already changed. Many students who want to get full-time roles in web or mobile development have to learn those skills on their own outside of the classroom. In college, I spent a lot of my free time making the most of other opportunities—leading a competitive dance team, being on the student senate, and founding an intercollegiate organization. I went to a handful of hackathons, but I often ended up on teams with people who knew even less than I did, and I struggled to teach myself without mentors or guides. In the end, I felt unprepared to get a technical job.

When I met Elie to learn more about Rithm, I knew that this program would give me the depth, individualized attention, and up-to-date knowledge that I was looking for. I reached out to some friends and connected with two other Tufts alums who had gone to bootcamps after college. They said that CS grads often have strong theoretical knowledge, but have never built anything from scratch and don’t know how popular web or mobile tools work. By also attending a bootcamp, I could get the best of both worlds, and it would be a great way to round out my skill set. I was very happy to hear this! I’m definitely the kind of person who wants to feel prepared and knowledgeable before I do something, so I was excited to enroll in Rithm full-time.

Is being in a bootcamp what you expected? In what ways?

It’s always different to hear about something rather than experience it firsthand. I had heard many positive and negative things about bootcamps, both from people who had gone through them and from people who dismissed them, but hadn’t attended. Many friends told me I should go straight to an internship and learn on the job, but I’m extremely glad that I’m here instead.

Many of the things that you hear when researching bootcamps are absolutely true—there’s a lot to learn and you move very fast, you have to ask questions all the time, everyone learns different concepts at a different pace, and it’s very fun and exciting to complete projects or get an app working.

Some things that I think are more specific to Rithm, which are why I feel great about my decision to be here, are that the small class size means that we got to know things about each other quickly. I inadvertently established a reputation for “making my apps pretty”—updating the color scheme and fonts of every project we worked on—very early on! The instructors are very accessible because they sit right next to us in one big room, and it’s clear that everyone really wants to collaborate and succeed together. This is definitely not a cutthroat, competitive environment; we are competing with ourselves to see how much we can learn rather than competing with one another. Everyone is extremely willing to help each other, including the other students, and it’s really a great way to learn.

What is your dream project? How would you use your web development skills to contribute?

I come up with new project ideas every week, so it’s hard to choose! In general, the reason I feel empowered by learning web development is because it gives me a skill set to get closer to my mission: help everyone reach their full potential. I’m excited to contribute to an educational product that gives people the ability to overcome imposter syndrome by increasing their knowledge, like Khan Academy or Treehouse, or a product that helps people learn from others and create things with them, like Facebook groups or Slack.

What would you share with anyone considering attending Rithm School?

If you’re afraid of the whiteboard interview—I had never done one until my interview here—ask the instructors how to prepare (they’re very friendly and helpful), and if you get stuck during it, make sure to explain what you’re thinking out loud so the instructors can help you.

Second, complete the pre-work very thoroughly! Even if you have some web development experience, the work moves quickly and goes very in-depth, so make sure to set aside plenty of hours to get through it.

Finally, ask a lot of questions! I often get afraid to raise my hand and ask a question, but when I do I always realize that someone else in the class is confused, too.