Join us in person or online! Apply now for our remote or hybrid cohorts.

Scholarships, Diversity and How Rithm Supports Your Coding Education May 23, 2017

Here at Rithm School, we have seen value in providing scholarships to highly motivated web development students. The practice of offering scholarships is not only a way to support learners working with tight budgets, but also a method of engaging and motivating nontraditional students of all backgrounds and experience levels who are interested in breaking into tech.

The first official scholarship we offered was our Tech Impact Fellowship in late 2016, designed for mission-driven individuals who had a positive impact on their community and wanted to become web developers. The award covered 50% of tuition costs, including Rithm’s 13-week web development course and Outco’s job preparation and placement program. Over 70 individuals from the United States and abroad applied.

On the tails of the Tech Impact Fellowship, we were moved to strive for gender parity and diverse representation among Rithm School students. To honor future women developers alongside Women’s History Month, in March we awarded partial scholarships to all women who were accepted to our third cohort. Many brilliant women applied for the opportunity, and as a result, Rithm School Cohort III is 60% women. We are thrilled with the outcome of this scholarship initiative, and have already witnessed the positive impact of creating space for women in technology to innovate and thrive. 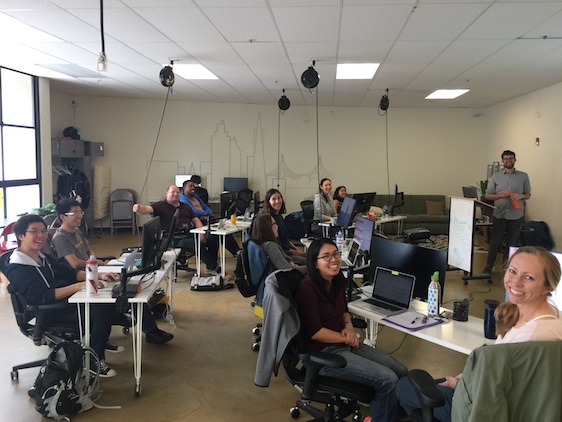 Now, as we begin preparing for Rithm Cohort IV, we have launched the Rithm Diversity Scholarship. Our first full-tuition scholarship, it will be awarded to an individual from a background underrepresented in tech as part of our commitment to increasing diversity in our student body and the industry at-large.

Here at Rithm, we believe increasing diversity in the technology industry is not just a way to build better products and stronger teams. Actively supporting and encouraging diversity and equal representation ensures that individuals from all backgrounds and walks of life have a chance to explore their ingenuity and amplify their skills, an opportunity we believe should be accessible to all who would seek it.

It must be acknowledged that in place of scholarships, some other coding bootcamps have used a broader deferred tuition model as a way to support and increase diversity. Many prospective Rithm School students have asked us why we do not employ a similar model. There are three primary reasons for this: 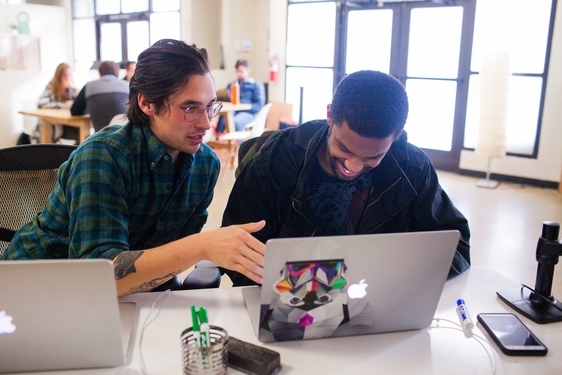 In the end, we believe that a mix of diversity and merit-based scholarships, combined with realistic lending options and our job placement guarantee, creates a much fairer experience for students coming from a variety of financial backgrounds. It allows Rithm the flexibility to support students who need an extra hand while never sacrificing the quality and integrity of our program.

We understand that furthering diversity in tech is an intentional effort that requires time, dedication, and transparency. While we do not expect to solve all of technology’s representation struggles inside of our own four walls, we are consistently working to contribute to a broader whole of community-based efforts in the Bay Area making strides toward a more equitable and inclusive tech industry, one day at a time.