We are still in operation remotely. Apply now for our COVID-19 response scholarship fund.

Daniel came to Rithm School with an impressive background as a university lecturer and researcher. Outside of his interest in coding, his love of cars and driving started at the age of three when he disengaged his family car’s parking brake and caused a traffic accident. Fortunately, his driving record has improved since then! Daniel’s job search is winding down (congratulations!), so he was able to take some time to share more about his experience with us here at Rithm School:

1. What got you interested in coding and deciding to pursue a career as a Software Engineer?

I’ve been contemplating switching to software engineering for some time now. When I was working as a researcher, I was working with renewable energy law and policy and realized that even if I’m be able to work with cool new technologies, I’m always one or two steps behind the most cutting edge developments. Plus I got blasé sitting on the sidelines and not being part of the these latest changes.

The more direct cause of my career change was that I took a natural language processing course for social scientists and immediately fell in love with the coding part. That made me investigate what the possible career paths are which I could switch to without having to get another college degree. 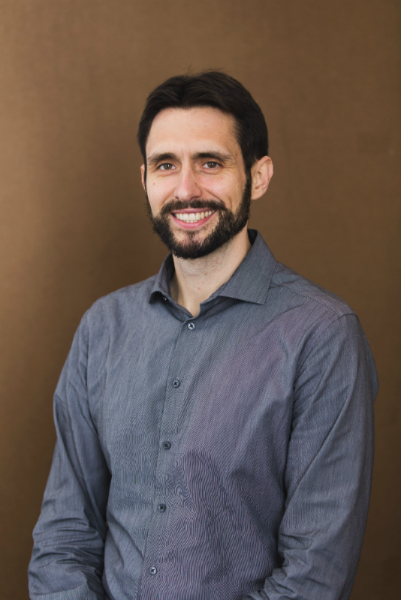 2. Tell us about the environment and curriculum at Rithm School. What made it the right fit for you?

I found the curriculum at Rithm School logically and methodically built up and rather up-to-date. It shows that the founders of Rithm put some serious thinking into what to teach and how most effectively to teach it. In addition, that they continue to improve it over time. This care and attention to the learning/teaching material made Rithm a good fit for me. Let’s take these aspects one by one:

Most importantly, there was a good balance between theory and implementation in the curriculum, so we didn’t only implement things mindlessly or use frameworks and libraries without understanding them, but we were also made aware of the underlying principles and conventions. While the time constraints of the bootcamp didn’t always allow for extensive exploration of these, at least it enabled us to look them up later if necessary. For example, when working with a different framework or library than what we used during the bootcamp.

Secondly, because the curriculum was so well thought out, it was also a good confidence builder throughout the bootcamp. Elements built on previously taught elements without gaps or huge leaps, so it gradually extended my knowledge and understanding of computer science and web development. I rarely felt frustrated about not getting something because I lacked some prerequisite knowledge, making my transition to software engineering smoother.

Finally, Rithm’s curriculum is up-to-date and is improved and amended from cohort to cohort. Web development is not at all a static field: technologies that were hot yesterday may soon fall out of favor. For example, while our cohort studied MongoDB, the next cohort put more emphasis on relational databases, which seems to be in line with recent industry trends.

I found the learning environment at Rithm really friendly and supportive. We had one-on-one discussions with the lecturers each week and it really felt like they were listening to our feedback. If there was a problem with a team or coding pair, they shuffled things around to make sure that everybody got the most out of the bootcamp. They also paid much attention on not letting us burn out, and on helping us find balance between studying and relaxing during the bootcamp. The other students in our cohort were quite collaborative as well, which also made the environment cozy.

3. What were the pros and cons of attending a bootcamp?

There were several pros for attending a bootcamp:

However, there are several cons as well:

4. You got to work on a big company project while at Rithm. Tell us about the project and your role.

I got to work on Course Report’s web app. Course Report is one of the leading technology education aggregator companies. It aggregates the technology educators, the tracks they offer, and the reviews about them. For me, it was important to try both back-end and front-end work during the company project. I worked on their back-end (search and filtering algorithms) and their front-end (mobile optimization and small UI amendments) making working with Course Report a truly full-stack experience.

5. What advice do you have for people who are interested in attending a bootcamp?

First and foremost, you need to figure out if this new career is really what you want to do. Bootcamps may be comparatively cheaper than college education, but they are far from cheap and there are no refunds if you drop out in the middle of the program. There are many cheap online courses you can do virtually about every subject, so before you commit to a bootcamp figure out if you like the subject and if you are or can become good enough to succeed in it. If you are thinking about multiple subjects, like data science and web development, make sure to check which one is a better fit.

Okay, you decided to attend a bootcamp, now you need to figure out which one. Check if the boot camps on your shortlist are actually as good as they seem, and if they are a good fit for you personally. You can catch a glimpse of the quality of the bootcamps by looking at their reviews, but don’t rely solely on these. I found checking alumni Linkedin profiles the most educational. You can see how many of them have jobs and how much time elapsed between graduating from the bootcamp and landing a job on average.

You may have noticed that I haven’t mentioned the price of the bootcamp as a decisive factor: that’s because I don’t think it should be a major consideration. In the Bay Area, web development bootcamp prices range from around $12 thousand to twice that much and web developer salaries start at an annual $75-80 thousand. If at the end of a high-quality bootcamp you’re better equipped for the job search and you’re more employable, you can get a job months before grads of other bootcamps where the education and job search support is inferior. The lost income of the additional months of job searching can easily equal the difference between the cost of one of the most expensive and the least expensive bootcamps.

After your initial research, it’s the most important to decide which bootcamp is the best fit for you personally. The best way to asses this is to physically visit them and ask bootcamp employees questions. It’s also useful to talk to the alumni; usually they are happy to connect via LinkedIn and answer questions about their bootcamp experiences. These conversations should reveal details such as the average daily time requirement, the help you get from the teachers (and their attitude in general), and the quality of the job search support. The rest is up to you!